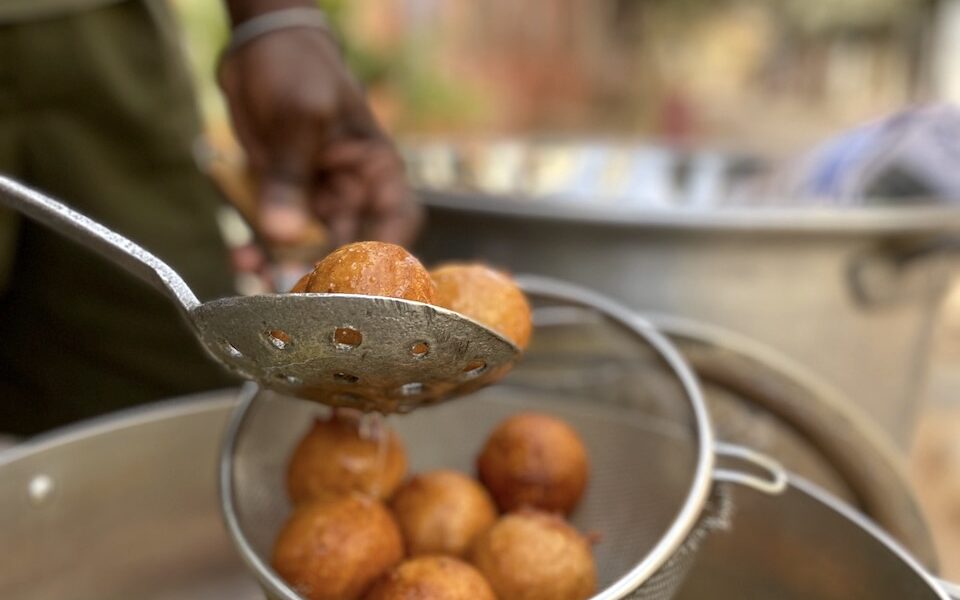 ⁣This amazing trip to Senegal, thanks to Air Côte d’Ivoire, is part of a long-term project of mine to simultaneously promote culinary tourism and  African gastronomy within West Africa. ⁣⁣I am all the more excited and grateful to partner Africa No Filter on this project.

Food can be seen as a reflection of the culture of a country and its people. For some, it’s an incentive to travel, explore and taste new destinations. Culinary or Gastronomy tourism has been defined as the pursuit of memorable food and drink experiences which in turn contribute to the tourist’s behavior and intent to visit a destination. It can be seen as a means of connecting the culture of a destination with tourist experiences.

Why promote culinary tourism in West Africa, you may ask? It’s because I am deeply passionate about showcasing the multifaceted nature of African gastronomy which has not only been deemed unattractive but has also been misunderstood and misrepresented for the longest time.

My goal with this project: “Taste of…” series is to share what each African country has to offer from its street food to its fine dining establishments. It started in my home country with Taste of Côte d'Ivoire and now Taste of Senegal.

I was truly looking forward to discovering what the street food in Senegal was all about. While it’s true that there are quite a number of similarities across West Africa when it comes to its cuisine, I was determined to keep an open mind and learn as much as possible.

Let’s start with “Les beignets sucrés” ! I can probably write an entire article about it, considering how many varieties of these sweet little things exist. Called puff puff in Nigeria, bofrot in Ghana or gbloflotos in Côte d’Ivoire, these snacks are basically deep-fried dough,  spongy on the inside and sometimes/somehow golden and crunchy on the outside.

At Mrs Kodjo’s, I was equally introduced to “Pain-pastel-Akara” which is basically bread with senegalese snacks inside. Now I must admit, this one threw me off a little bit. Even though I am quite familiar with pastel which can be described as a small doughnut traditionally filled with fish and I love Akara - bean fritters (also known as Gaou in Côte d’Ivoire), I never tasted them all together, let alone in some bread. One thing is for sure, it was definitely filling! 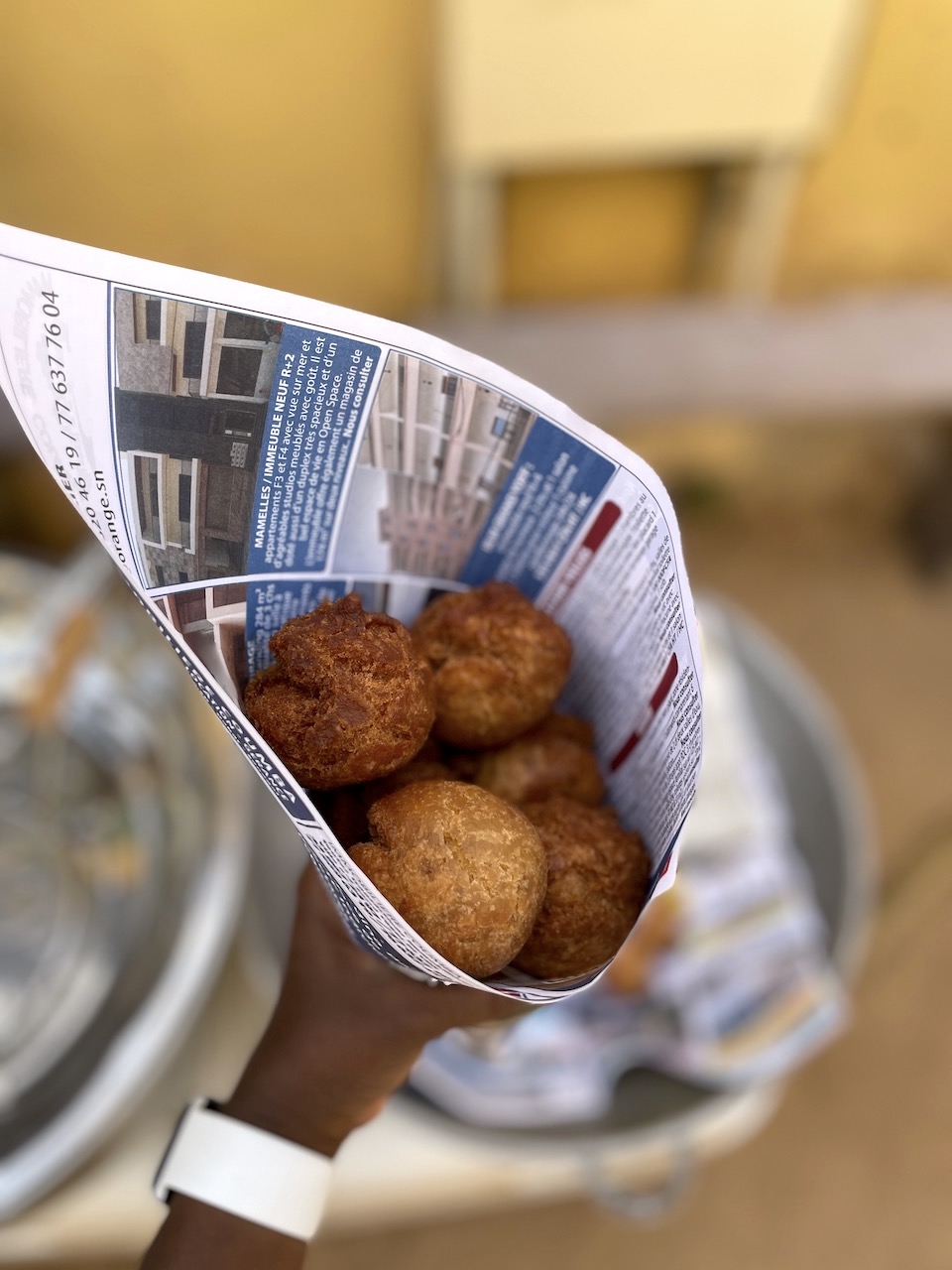 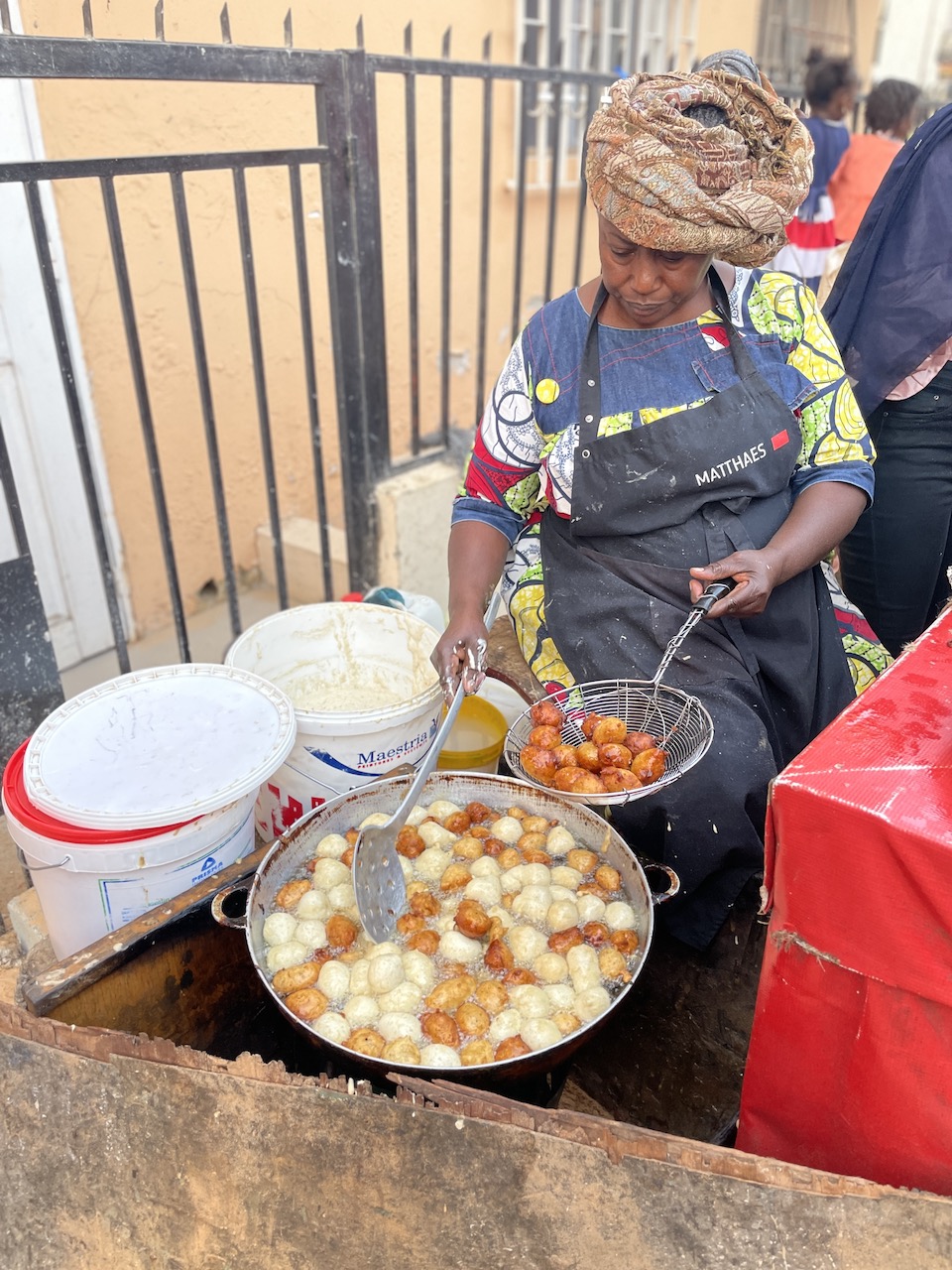 Let’s continue with probably one of my favorite snacks in Dakar : Maad !

Maad in Senegal, Côcôta in Côte d’Ivoire or Laaré in Guinea is a fruit that comes from the plant called Saba senegalensis. Protected by a thick shell, its seeds are coated with a sweet and sour, orange-yellow, very juicy pulp, and can be eaten plain or with sugar, salt and chili. It’s simply delicious !

It’s a seasonal fruit mainly available from May to August but I was lucky enough to taste it in various streets throughout the city. I was told by my culinary guide and friend Ndagou (Little things Dakar on IG) that the best of the best maad is at Amy’s and I couldn’t resist this small culinary escapade.

Just like Mrs. Kodjo, Amy has been selling maad and other senegalese snacks in the streets for the past 20 years. Her energy is contagious and I am really happy I was able to meet her. 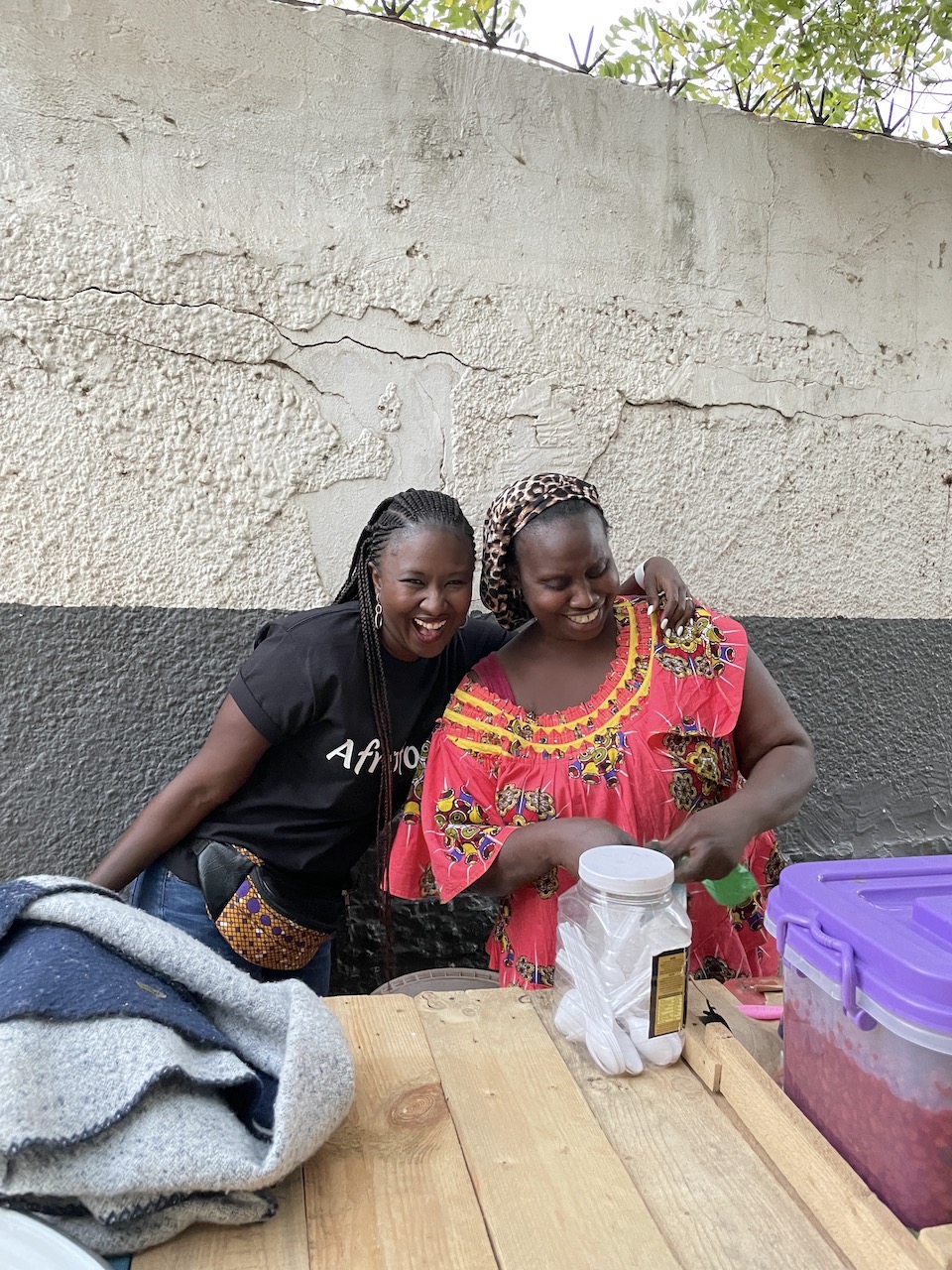 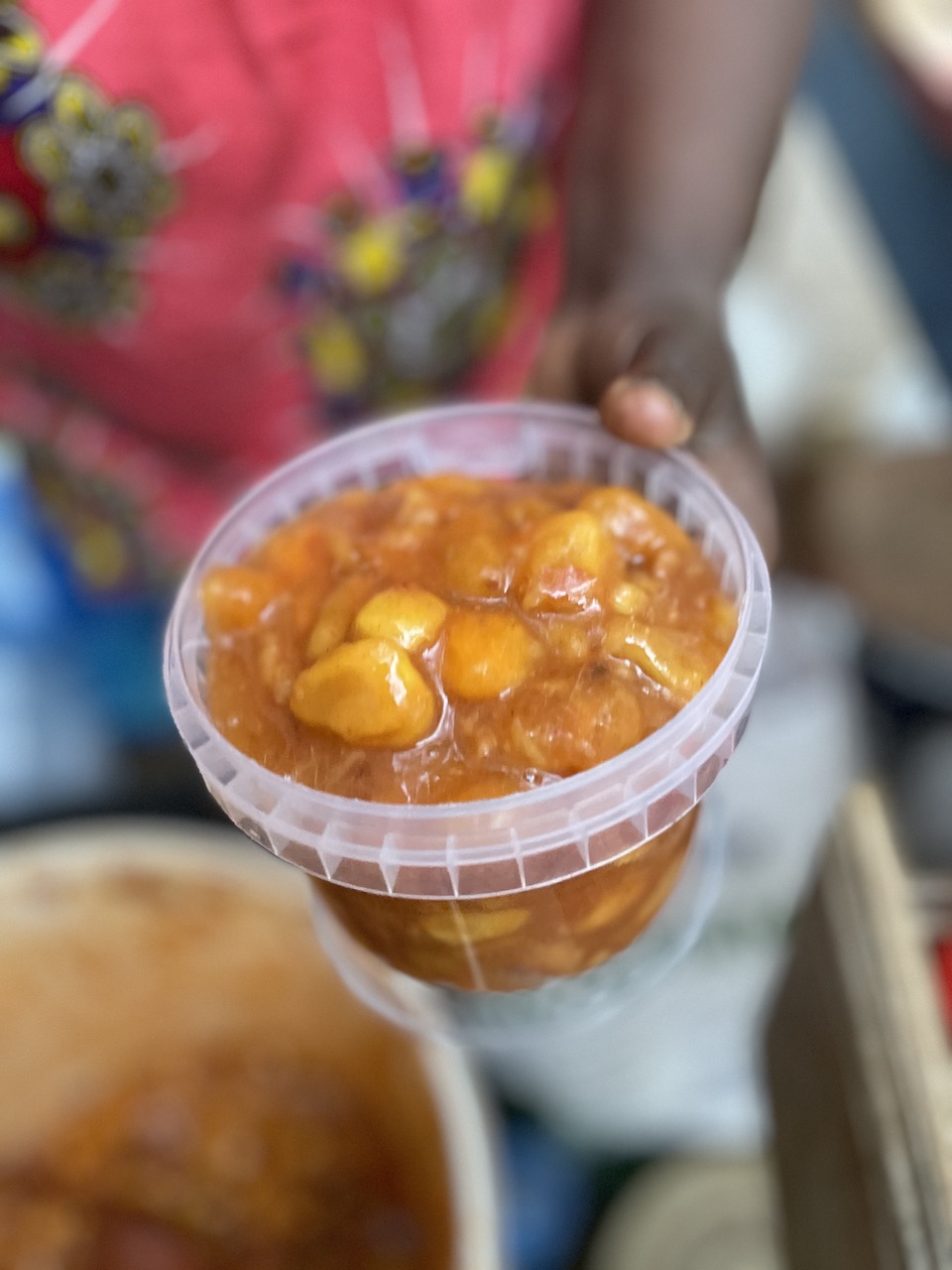 As you can probably imagine, it will be impossible to talk about street food without including either fish or meat right ? Follow the guide, shall we ?

Bante Yi in Sandaga is quite famous in Dakar. It is well known for its meat skewers prepared right in front of you and eaten right there and then on the spot with “kankan” (a mix of spice). Bante Yi is not big at all, it’s located in an alley filled with a lot of people and smoke from the grills. Now, I must say Bante Yi is quite an experience not to be missed in Dakar if you are adventurous AND open-minded.

For fish this time around ! Located on the beach in between the Terrou bi and the court of cassation, this place is another one for the books. It’s THE foodie spot for fresh fish and seafood grilled/barbecued right in front of you and therefore an authentic Taste of Senegal.

You will ideally select the type of fish you want at the stall, decide where you want to sit and patiently wait while sipping on some Wass, a hot drink composed of lemon, ginger and honey. I believe there were some vendors of Wass due to the unusual chilly weather during the month of March. 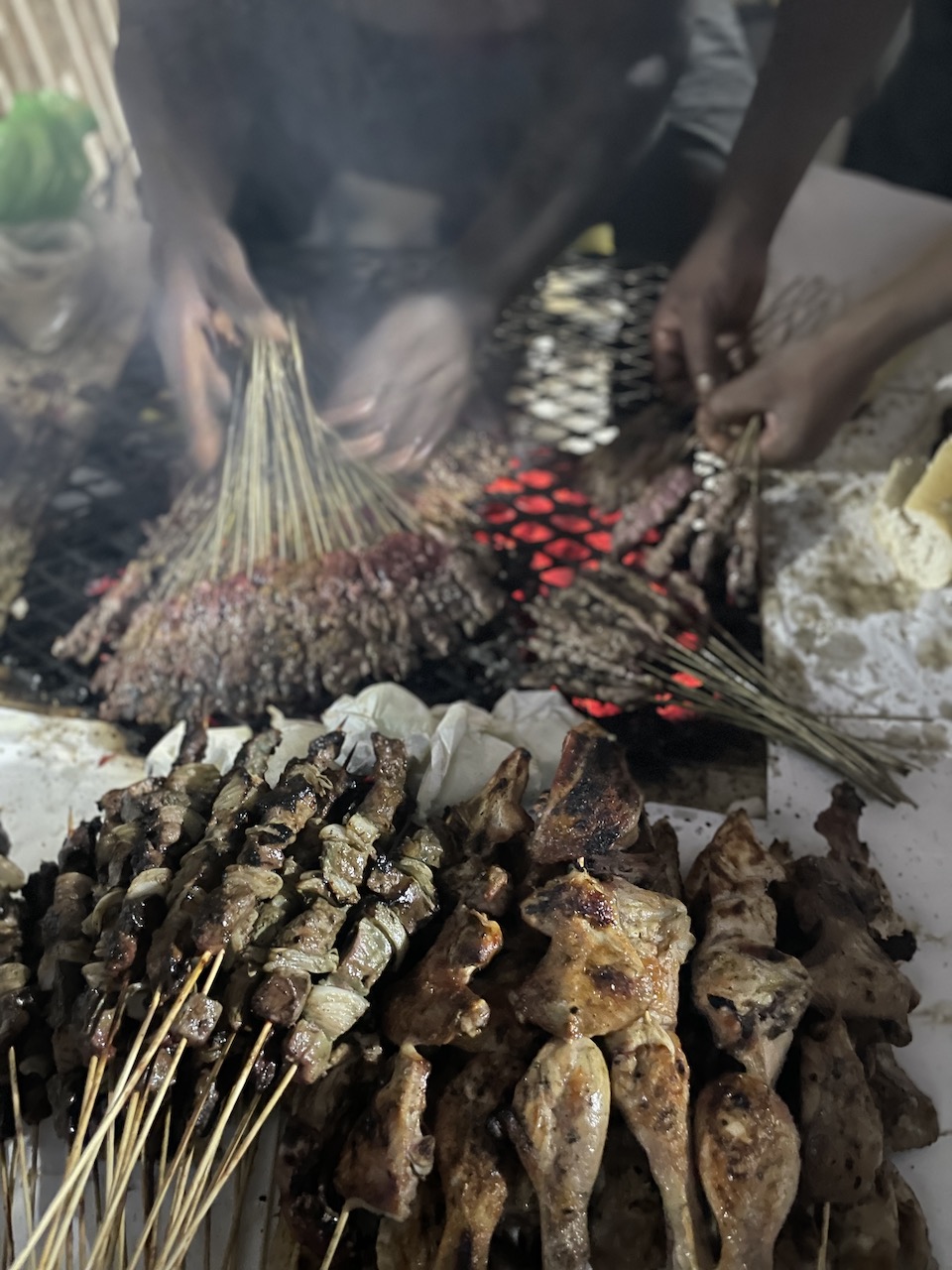 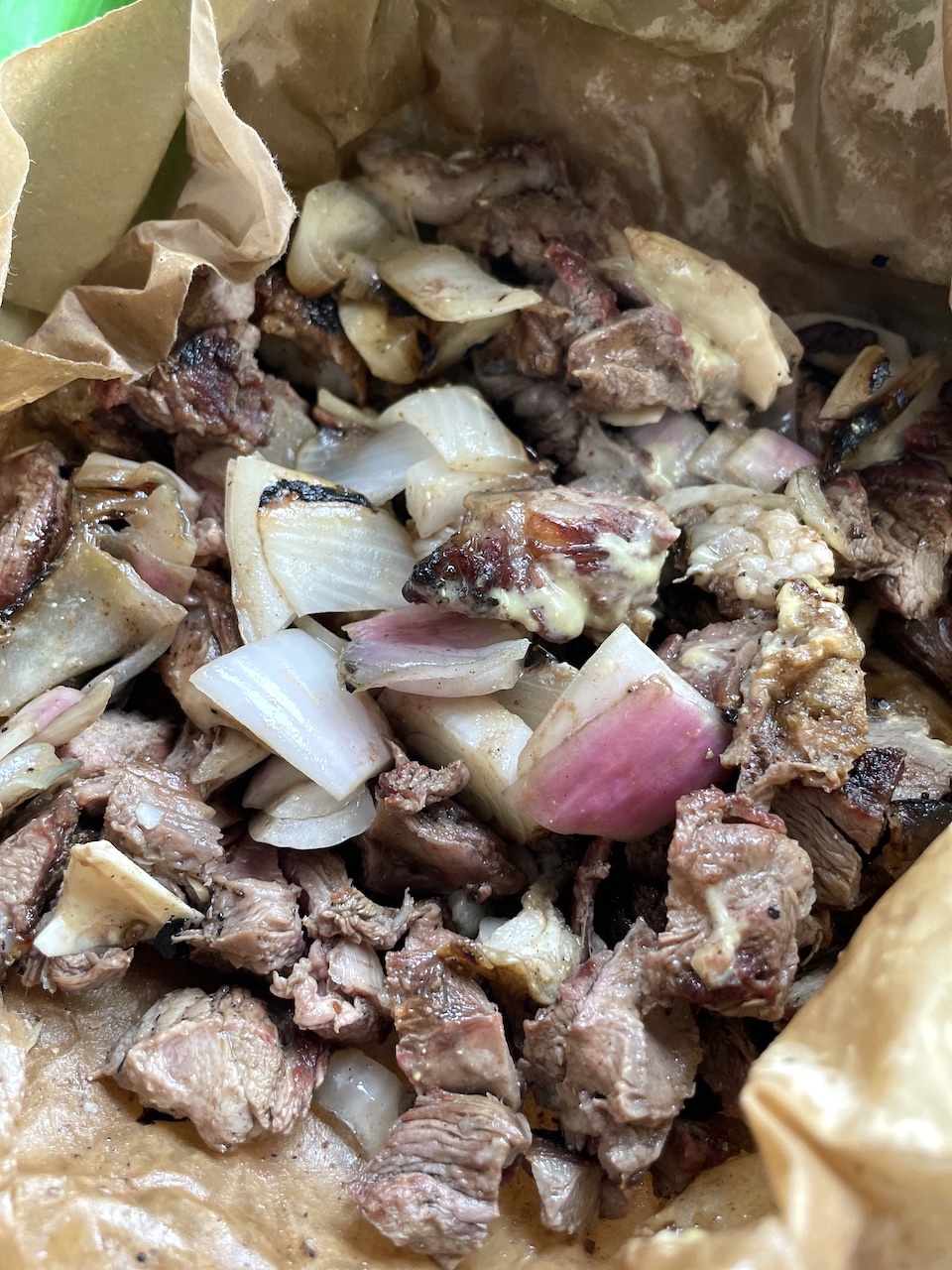 Dibi is one of Senegal’s favorite street foods. It consists of roasted meat, usually beef or sheep that is simply seasoned or spiced and served with onions and mustard. It can be compared to Choukouya in Côte d’Ivoire or Suya in Nigeria. Restaurants Dibizer, Séoul 2 or Mbotté were recommended to me but I must say that I am still on the quest to find the best Dibi in town.

Until next time for another blog post on Taste of Senegal

This blog post does not cover half of what the Senegalese street food has to offer and I honestly cannot wait to return to Senegal.

Have you ever been to Senegal ? If so, did you try any of the street food ? 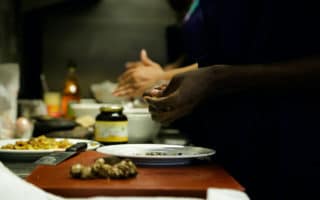 Will you travel for food in Africa? 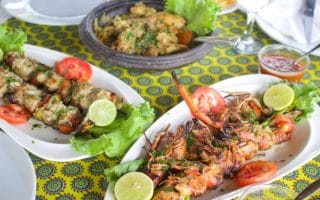 UNWTO’s Invitation to join a tour of African Gastronomy 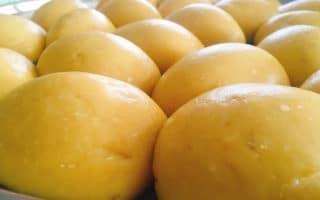